May 2017. Welcome to my new website! It has been a long time coming but it was worth the wait, I think. I hope you will enjoy looking at it and be interested by what you see. Please get in touch with me by email or by phone. The Contact me page will supply all the details. My doors are always open to visitors, but strictly by appointment.

This rebirth of my website also marks, I hope, a rebirth in my work. In 2014 I suffered a bereavement which followed months of hospital visits in London. Initial hopes dashed by the inexorable progress of the disease and the final sad outcome. I was physically and emotionally drained. Even after a lovely trip to Ireland with a good friend and going to India to fulfil my last duties to the departed, visit family, travel and generally having a wonderful time, 2015 came and went and I found myself unable to work. I had never experienced the ‘block’ before. After years of struggling to find enough hours in the day to produce all the creative work which was buzzing round my head, everything had suddenly dried up. I tried not to panic but it became increasingly harder as 2016 rolled by and my inability to think creatively began to look like a permanent state. Mercifully, I seem to have broken the mould and ideas are once again flowing from my head into my hands. Now I also realise that these months of comparative idleness were far from being wasted. I travelled a lot during this period of mourning and reflection, read widely and I am sure that in the long run my work will benefit from these experiences. Nevertheless, I am sure glad to be back at work!

As featured in ‘The World of Interiors Magazine’ 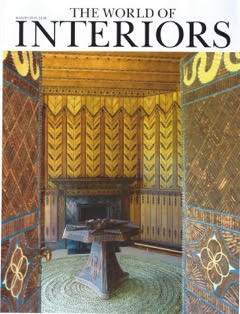 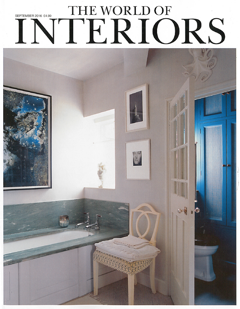 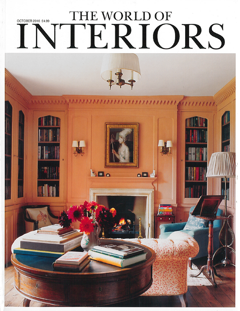 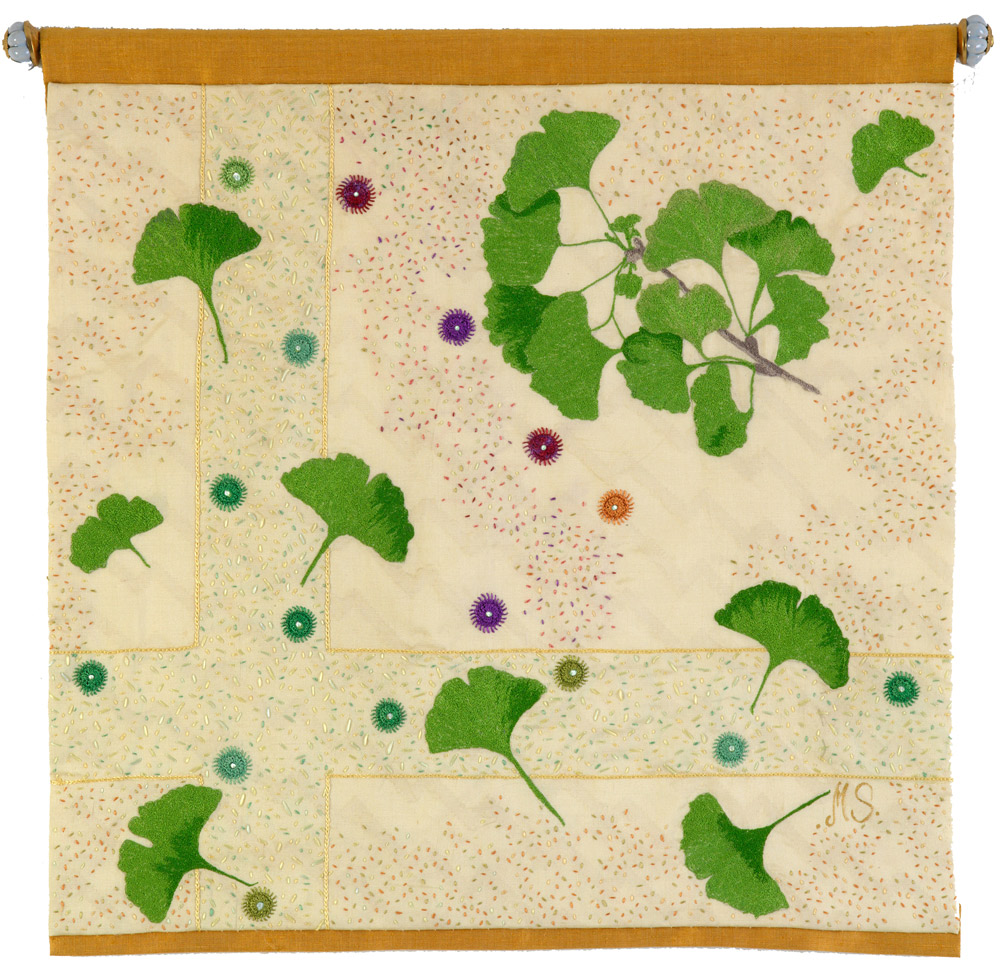 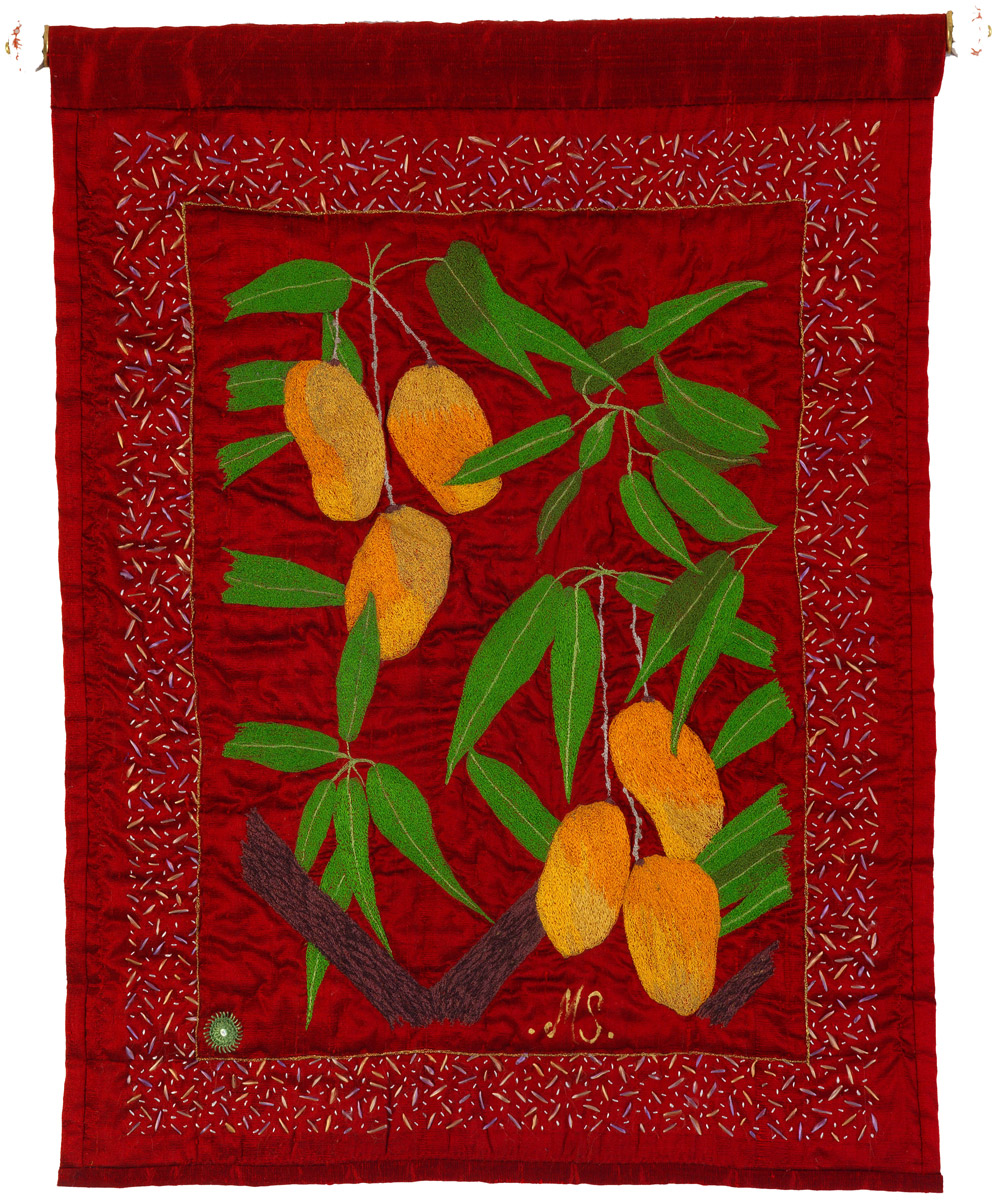 Munni Srivastava, an artist who lives and works in Cambridgeshire, UK. The three pieces shown above celebrate her heritage and her love of the natural world. Her vibrant wall hangings combine hand and machine embroidery. Her work features in the permanent collections of the V&A and of the Art and Design Museum in New York. Her work is often abstract, or inspired by spiritual and religious themes, but also by literature. In recent years she produced a series of figurative pieces which looked into the symbolic meaning and cultural iconography of certain plants and trees.’ The three pieces shown above fall into that category.

At the end June 2017 I am going to fulfil a dream which is to attend Richard Wagner’s Der Ring des Nibelungen in Leipzig, Germany. I was fortunate enough to hear the four operas that constitute the Ring, performed on four consecutive evenings in the unique setting of Bayreuth. This was during the five years I spent in Germany in the mid to late sixties while attending university in Regensburg. It was a fascinating time of discoveries for me and of friendship-making. My closest university friend’s family were regular visitors to Bayreuth and I was taken there – a young girl freshly arrived from India, whose knowledge of European operatic music was sketchy to say the least! Talk about love at first sight. I was completely enchanted by The Ring, the strange watery world of the Rhine maidens, stolen rings, dragons and the universal conflict between love and power. Above all, the enthralling music and the extraordinary voices soaring above the audience made for a powerful experience which never dimmed for me.

In Leipzig Das Rheingold and Die WalkÃ¼re will be performed on two consecutive evenings, one day off, then Siegfried and GÃ¶tterdÃ¼mmerung on two more evenings. Before the opera cycle begins I will have one day to travel by train to Dessau to visit the Bauhaus sites. Can’t wait!

For a complete change of scene I will spend the day between the performance of Die WalkÃ¼re and of Siegfried in Wittenberg, Martin Luther’s city, in which he is reputed to have nailed his 95 Theses on the door of the Castle Church – sparking off the Reformation in Europe. When I was living and studying in Regensburg, all three cities were in East Germany – the so-called ‘Democratic Republic’ and were difficult to visit. Also very little of the truly remarkable restoration of buildings damaged or destroyed during World War II had really got going due to lack of funds and the absence of interest shown by the communist authorities, especially in the case of religious buildings. The extraordinary renaissance that has taken place following the Reunification of the country in 1990 is a tribute to the determination of people to restore and to make good the ravages of war. In 2010 I had a show in Berlin and I took the opportunity to travel to Dresden and visit, among other places, the recently rebuilt Frauenkirche – talk of the phoenix rising from the flames! The incredible sight presented by the famous Dresden skyline which had so delighted Canaletto has been brought back to life – a tribute to the human spirit. It is quite unbelievable to look at the awful pictures of the city following the two aerial attacks in February 1945 and see the still ongoing patient restoring/rebuilding of what had been one of the most beautiful cities in Europe. I am always amazed by the capacity of the human animal to do evil and yet to show the skills and the determination to save and repair. 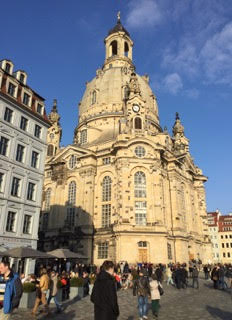 Dresden’s Frauenkirche –
a symbol of the city’s rebirth

In November 2017 of this year I shall go to India for one month. However well settled I feel in the UK, India remains ‘home’. I could not go last year, so I am really looking forward to it. I have not yet quite decided on my travel itinerary before going to visit family. But one thing I am sure to do while I am there is to renew my stores of silk for my work. It is such a fun to go and select pieces of beautifully textured silks, choose among the rich plain colours that I use, then to have them packed and sent to the UK. At some point in early January the parcel arrives, The rich silks will have been carefully wrapped in plastic to protect them from the damp and the exterior of the parcel is covered in cream calico, the whole thing being sewn together before labelling and the sticking of a plethora of stamps. It is always like Diwali and Christmas all rolled into one when I first fight my way through the calico and the plastic to reach the silks and I am once again transported into the weavers’ workshop. India is a feast of colours and as an artist it is impossible to remain indifferent to it. The work of Howard Hodgkin, whose death was reported earlier this year, was deeply influenced by the colour and verve of India. His paintings are infused with them. A life-long collector of Indian art, his work in turn very much influenced me. This is very much a down-memory lane trip for me as I’m going to places I haven’t been to for years, such as the Taj Mahal, which I last visited with my husband in 1978. 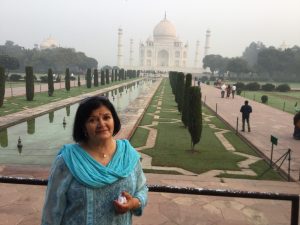 Seeing the Taj Mahal for the first time after many years! 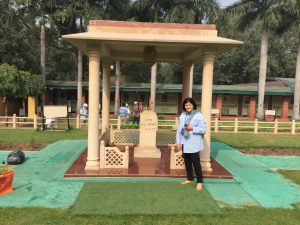 In front of the memorial to Gandhi ji in Delhi, marking the spot where he was assassinated